To begin with, we’ve been fortunate. We are not sick. We have been social distancing for weeks and are prepared to hunker down for a while. I’m just SO BORED! It’s been nice to have tons of togetherness — we’ve had Family Movie Night almost every night — but I’ve resorted to cooking and cleaning to fill the time. These people might get used to it! It’s scary.

I have three boys. The oldest gets up at 7:30 every morning, before any of us, and works on his schoolwork until early afternoon.

The middle child then works on his studies for half an hour and insists that he’s done. Then I remind him about this or that and he gets back to work until the next time he’s done. And so on.

The youngest child is…hard. I have always thanked his teachers every chance I get because I KNOW he’s hard. But I was so grateful I could rely on them to take care of him. I KNEW I HAD A GOOD THING GOING.

This child is brilliant, hilarious, loyal, and kind, but he is also easily overwhelmed and hard to motivate. It’s heartbreaking. And hard.

Wednesday opened with a terrifying BOOM at 7:09. It was a 5.7 earthquake. I held onto the bed and waited for it to stop. It was LOUD and scary, and was the longest 20 seconds of my life. The two older boys ran out of their bedrooms. The youngest boy slept through it.

It was a fitting start to our Apocalypse School adventure. Learning was delayed a few hours so we could all get settled, though aftershocks kept us a little on edge for the rest of the day.

Thursday: Day two of home school went as expected: some productivity followed by several hours of drama, and finally, a nap.

That afternoon I decided a comfort dinner was in order. And what’s better than french toast made with homemade bread? In theory anyway — I’d never attempted it. I guess I was feeling motivated after my nap.

So I pulled out the stand mixer, assembled the ingredients, and got to work.

{We interrupt Famine to bring you Manna from Heaven}

As we chatted from an awkward distance through the open doorway, my power went out.

Somehow we had become an episode of Little House on the Prairie. We were quarantined. Pa sat in his chair, reading a book. I was up to my elbows in flour trying to make bread by hand. And the kids were playing a board game. We’re just waiting for a hailstorm to destroy the crops (well, the grass I guess).

I finished the bread and set it out to rise while I read a book, on paper, hoping that the power would come back on in time to bake it.

Desperate times call for desperate measures. I decided to try the barbecue grill. This was my first time baking bread and I was doing it in the most old-timey way possible. I was worried about the bottoms burning so close to the flames, so I did this: 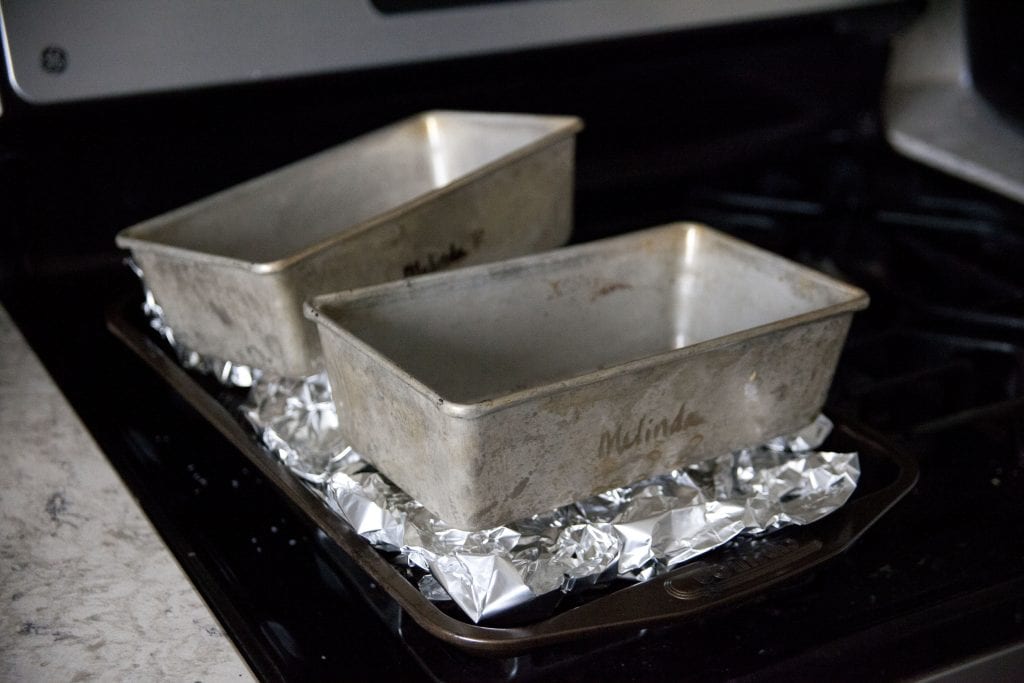 (These pans are heirlooms! I stole them from my mom when I went off to college.)

That’s two layers of crinkled tin foil laid crosswise. Am I at all qualified to tell you if this did anything to save the bread? No. Not at all. This was just me obsessing over the bread.

But you know what? IT CAME OUT PERFECT! Well, sort of oddly shaped but perfectly baked (with just a hint of smoky flavor). It would be great with brisket.

So I guess it was nearly famine, but we got lucky.

We each had a warm slice smothered in butter. It was delicious! The outside was crusty and the inside was perfectly soft.

Then this boy did some extra credit for school and made us french toast: 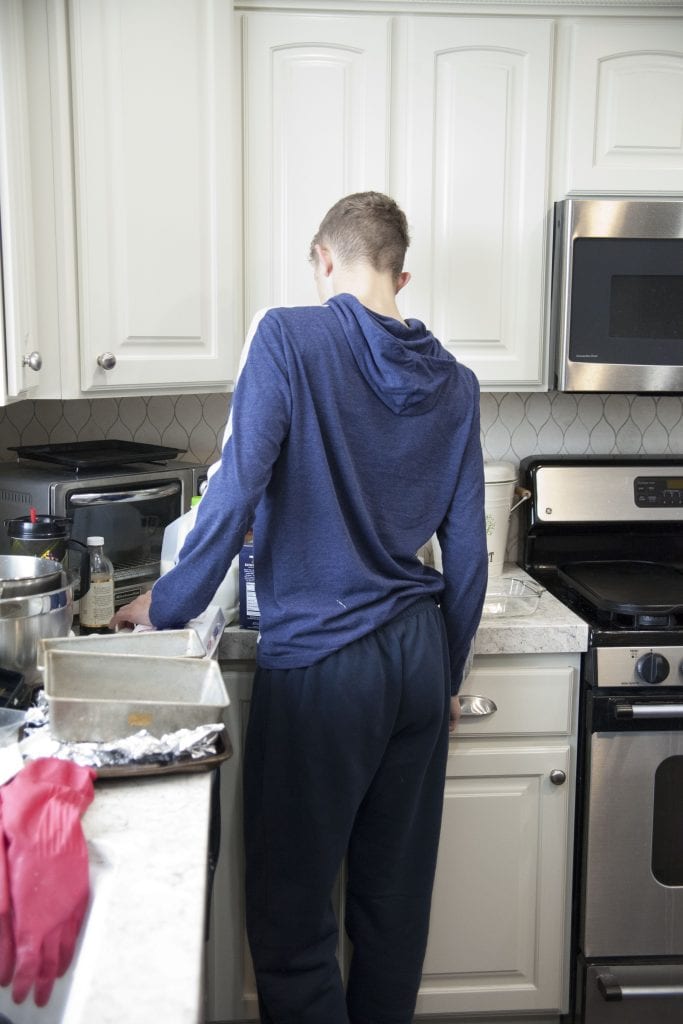 I haven’t slept well since the earthquake on Wednesday. I startle to every noise, and every time my husband moves. So when the little guy got stubborn, I called it a day and went back to bed. I am a failure as a teacher.

We attempted to go to the store. We turned around when we saw the parking lot. It was CRAZY. We don’t need anything that badly.

So we took the world’s greatest dog to the park instead (while the oldest studied for an AP test (I’m positive they didn’t switch babies on me at the hospital, but he definitely doesn’t take after me.).

Poor pup missed the frisbee almost every time, but it was great to get out and play.

And now the kids are arguing over the Xbox.

I hope you are all doing well. It’s a crazy situation we find ourselves in. We told our kids that some day their children will ask them about the Great Quarantine, and they can tell them about how they had to play the Xbox and watch Netflix all day. Not exactly a worst case scenario.

I’m using my down-time to create new products, work on this website, and prepare for when people can have parties again!

We’ll all make it through this together.